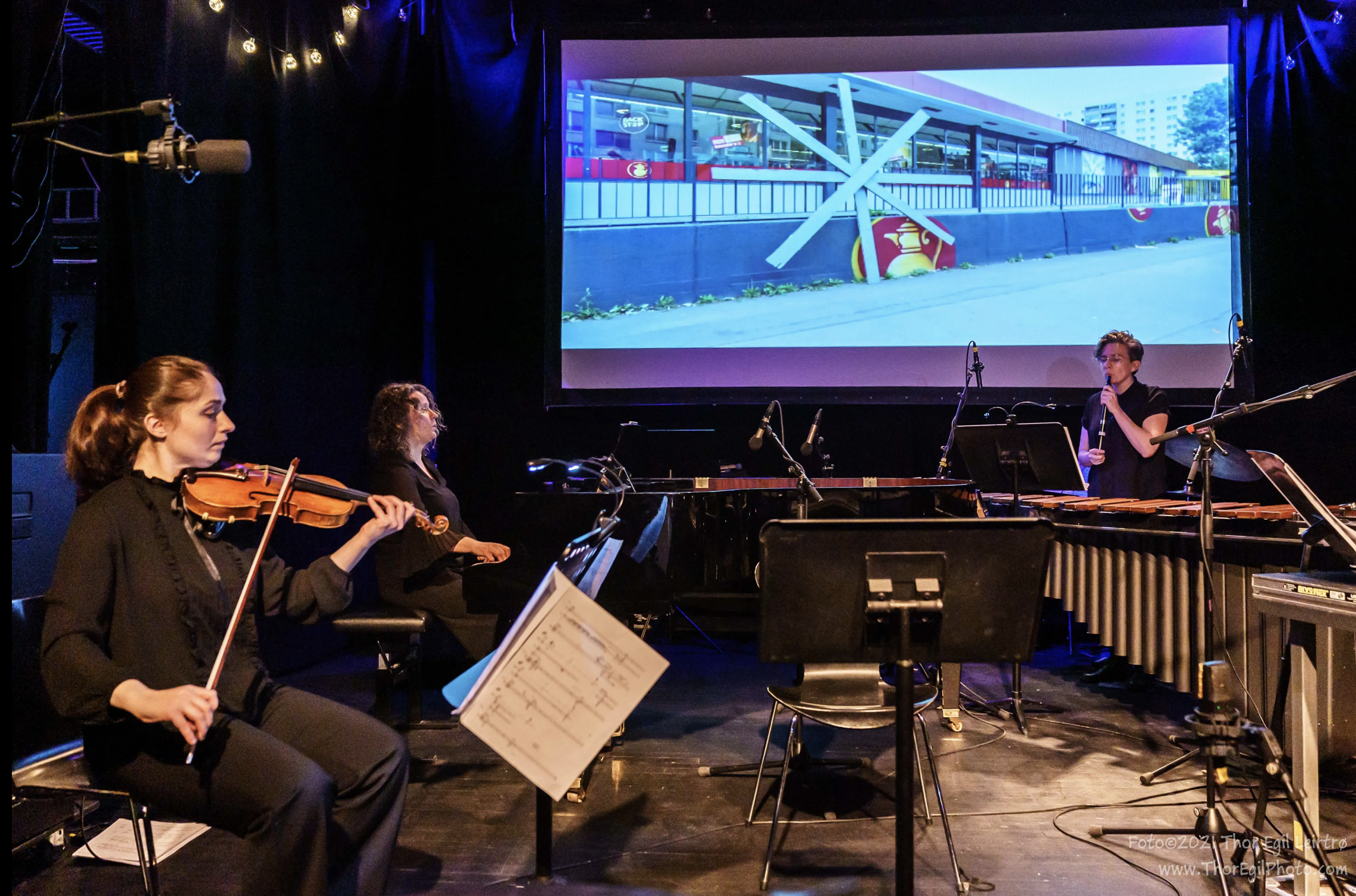 During NyMusikk's festival Only Connect Trondheim in May 2021, Øyvind Mæland's Tiled Air premiered where Jennifer Torrence and Alpaca Ensemble string with a broad brush. A long line is drawn, across the surface of ceramic tiles and into the classical piano tri. The tiles not only have different pitches, but also individual differences in roughness and material, which creates almost mechanical shifts and contrasts between the various low-key legato timbres.

At the same concert, a work by Austrian composer Olga Neuwirth called Quasare / Pulsare II was performed for the first time in Norway!Neuwirth is one of the world's most performed composers, with an unmistakable signature.

The premiere night ended with a whimsical udiovisual collaboration between Canadian composer Annesley Black and Japanese filmmaker Yukihiro Taguchi. Black's composition is woven into and out of Taguchi's absurd stop-motion video. The work really became an audience favorite with lots of laughter and applause from the audience.

After great success at Only Connect Trondheim, Alpaca looks forward to working further with the work by Mæland and continuing the exciting collaboration with Jennifer Torrence

Jennifer Torrence is an Oslo-based percussionist originally from the United States. She works as a musician, artistic researcher, improviser, collaborative artist, curator and teacher specializing in contemporary music. Her practice is built on collaborative, performative and multimedia work, exploring themes such as body, noise, precariousness, quirkiness and collective creation. She has performed in various settings in twenty-five countries across four continents and is currently a member of Pinquins and artistic researcher and percussion teacher at the Norwegian Academy of Music.

Øyvind Mælan is an aspiring composer on Norwegian soil. After his piano studies at the Barratt Due Institute of Music with Jiri Hlinka, he studied composition with, among other things. Thommesen, Frounberg and Hellstenius at the Norwegian Academy of Music. He has also participated in master classes with composers such as Aperghis, Furrer, Billone, Ferneyhough, K. Long and Czernowin.

Mæland is an exciting name in contemporary music composition and Alapca looks forward to continuing to work on his works.