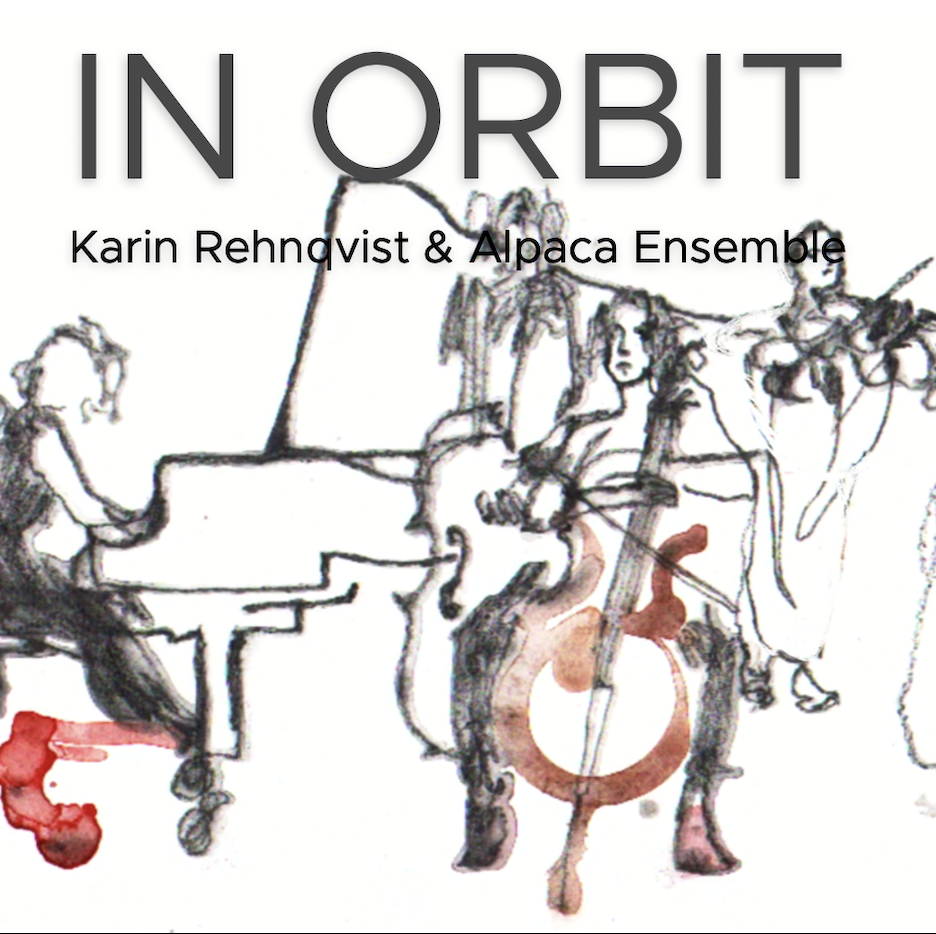 This recording is the result of the Alpaca Ensemble's close collaboration with two living composers. Their music is related in that in both of them it is in contact with a nature, but the two weave their sonic universes together in different ways.

The album contains newly written works for piano, violin, cello and clarinet written by two important contemporary female composers. The work In Orbit for quartet and Långt borta och näre for solo clarinet by Karin Rehnqvist, which was premiered during the ensemble's 20th anniversary in 2016, and four works by the American composer Ellen Lindquist based in Trondheim: the piano trio Groundings (8') and Somniloquy (7'), trio for piano, cello and clarinet in addition to three solo pieces. The album was released in collaboration with LAWO Classics in September and launch concerts were played both in LAWO's store in Oslo, in Levanger Kulturkirke and in December at Huskonsertene in Stadsbygd.

In Karin Rehnqvist'smusic, the foreign and hidden in myths and tradition are brought together with modernism's desire for resistance and strangeness. At the same time, the dialogue with traditional music, liturgy, rituals and folklore and the closeness to the vocal means that the music can also crack up into open forms and address itself very directly to a listener. The music is closely connected by voices, language, movement and body.

This ability to resist and at the same time include also characterizes Rehnqvist as a socially engaged artist. She was a music educator when she started composing and has written several major works involving young performers. She took the initiative for the interest organization KVAST for women composers, and since 2009 she has been a professor of com- position at the Royal College of Music in Stockholm. She has an extensive production that today counts more than hundreds of compositions.

In ELLEN LINDQUIST's music can get, individual instruments and voices merge into large, sonic landscapes. The composer often engages in dialogue with other arts such as dance, poetry, performance and musical theatre, and in these constellations it seems that the mu- zig will precisely be music, will bring in the timbral and abstract that is peculiar to the musical and which the other forms of expression can approach but never be.

Lindquist has a background from the Netherlands and the United States. She has collaborated with Alpaca Ensemble since moving to Norway in 2012, and the ensemble has both commissioned new works and performed music she has composed previously. The recording contains four such earlier works that have been reworked for the ensemble. The works have a concentrated format that links them to each other, almost like four movements, although the music is written over a long time span.

"The performances in all six works are beautifully rehearsed and performed, and Lawo's recording is outstanding, clear and natural. For lovers of new music, this is a winner."