“It’s a mechanical street theatre with contemporary music on a gigantic scale. … Mechanically produced rhythms and an analogue light show made by welders and saws against metal harmonize and disharmonize with the instruments in the ensemble.” Adresseavisen 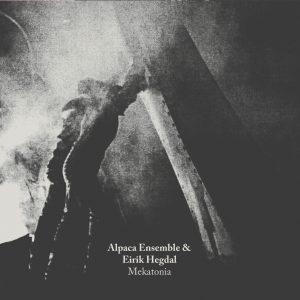 Now available on CD and LP

Mekatonia is sparkling welding flames,  massive bolt ring,  physical exertion, heat, sweat and muscle power transforming to dreams and poetry  as the musicians are lifted five meters above the crowd on the 60 meter cello strings.
Mekatonia is a grand musical performance, where sculptural installations invite the musicians in Alpaca Ensemble to movement. Cirka Teater has developed an interdisciplinary encounter between a visual language and the contemporary music scene. Stage designer Gilles Berger and composer Eirik Hegdal has been inspired by a former boat yard on the docks of Trondheim, Norway . The audience is taken on a journey from a mechanical environment to a concert venue. The result is Mekatonia, a newly composed work performed by Alpaca Ensemble at an installation that elevates the music and the musicians up in the air. 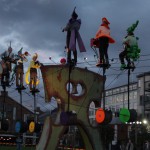 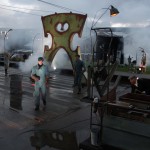 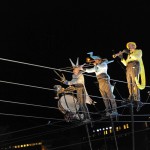 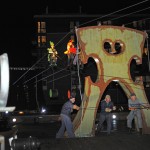 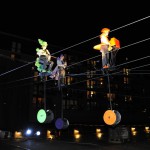 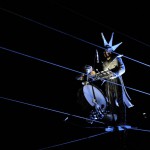 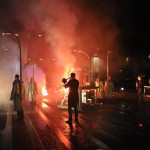 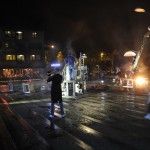 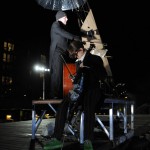 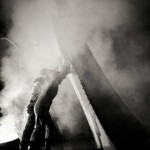 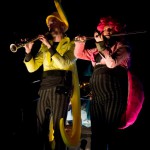 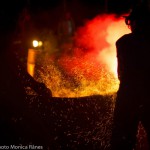 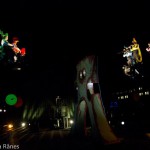 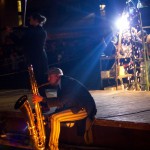 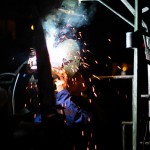 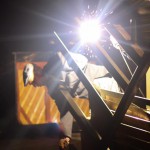 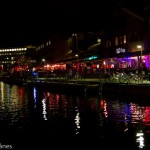 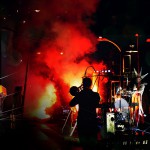